While I’ve been home, I like looking back on the times I went out in the world. Often, I think about wandering around Home Goods, but I like to think about the trips Tom and I have taken over the last few years. It gives me hope that there is an end to this and it gets me thinking about where I want to go next when this is all over.

Traveling became much easier for Tom and I after we bought our home and we’ve been trying to take a few trips a year if we can. Last spring Tom and I set out on the Great American vacation – The Grand Canyon. It was somewhere we both had always wanted to go, and I still don’t feel like I got enough of it. I want to go back!

After landing in Phoenix we hopped in a rental car and drove out to the park’s South Rim. There’s likely an easier way than we took, but I don’t regret it because the drive was lovely. All I wanted to see was a giant cactus and WOO did I get my fill. We arrived at our hotel, Yavapai Lodge, which is in Grand Canyon village, pretty late but the bar was still open, so we had a celebratory vacation drink before hitting the hay. We settled in and made plans to get up early and head out.

We didn’t realize JUST how close we were staying to the park, you could definitely walk there if you are able to (we did this one afternoon). But there are buses that can bring you to and from certain points in the park. Upon first sight of canyon, I was blown away. Truly. My brain couldn’t quite comprehend what exactly I was looking at because it was so vast. If you’ve never been, keep in mind that there are some barriers along the rim, but not everywhere. So be careful!

We took a hike down Bright Angel Trail later in the afternoon. It was not very hot when we went (last May), but the deeper into the canyon you go the HOTTER it gets. And it got pretty hot. There are so many warnings and advisories about when to go, what to bring, etc. Follow these!!!

A sunrise is not my thing, I’m a night person, and I wish I could say that I regret not getting up early enough to see it while we were there. BUT we did catch an unbelievable sunset and if you ever have the chance to do that at Grand Canyon I highly recommend it. Just keep in mind that if you are walking back, it will be very dark. Bring a flashlight!

Our trip to Arizona included some other stops (Flagstaff, Sedona), so our stay at Grand Canyon was not a long one. I wished we had more time there, but maybe we’ll go back one day.

If you have a morbid curiosity like I do, there is a book called Over the Edge: Death in Grand Canyon that I picked up when we got home. Weird, but I just had to know! It’s really interesting and includes accounts and info. From park rangers and visitors from over the years. If anything, it’ll make you much more careful when venturing out there.

Tom and I have talked at length about going back and trying the more difficult trails (…yay?). We hope to take a trip to the canyon’s North Rim some day. Have you ever been? What was your favorite part? 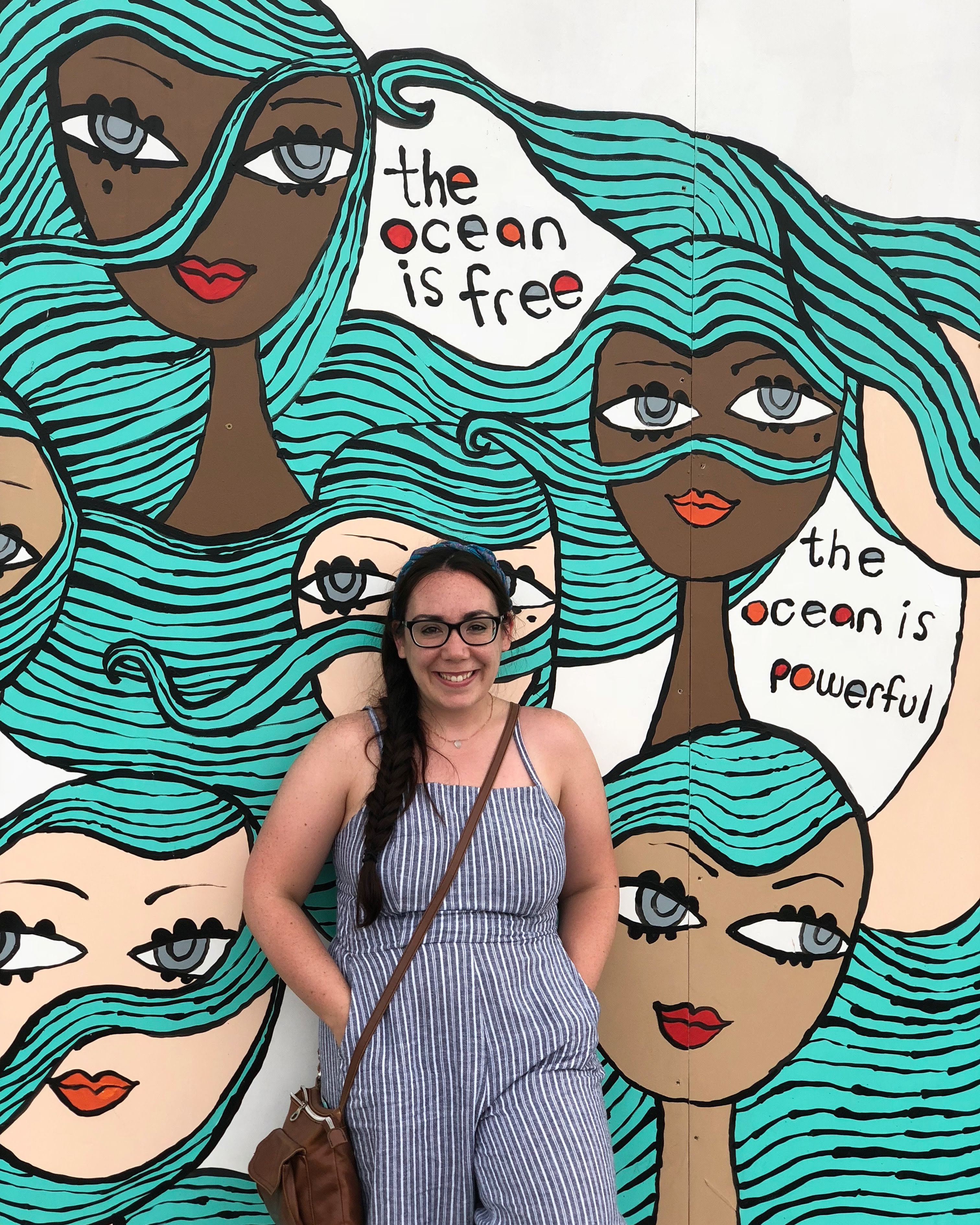 A homebody blissfully fumbling my way through all of life's little odds and ends.
xo-

A homebody blissfully fumbling my way through all of life's little odds and ends.
xo-